It’s been an exciting spring out on the water so far. Both resident and Biggs killer whales have been around a lot! J pod had spent close to 2 weeks in the Strait of Georgia and we were able to get out there with them on a couple of occasions with perfect water conditions! They were their usual boisterous selves with lots of breaches, tail lobs and spyhops. The mammal hunting, Biggs killer whales, have been no disappointment either. We have had some great encounters with them so far, including a couple of seal hunts! On one particular day, we had over 50 individual Biggs killer whales in the Salish Sea! It was so exciting for us…..not so much for the seals and sea lions.

Some really big killer whale news was just released recently. One of our captains, Gary Sutton, was a co-author on a scientific paper documenting the first ever sighting of infanticide amongst killer whales. Although the news and scientific paper were just released to the public, the encounter happened in December of 2016. A post reproductive female, T068 and her son, T068A were seen attacking and killing a newborn killer whale calf that was known to researchers as T046B5. The calfs mother, T046B and the rest of her offspring fought back to try and save the calf. Whales ramming into each other, haunting vocals, new injuries all over the whales, It truly was a clash of the titans. In the end, T068 and T068A managed to kill the calf. This was very significant in the science world as it was the first ever record of infanticide amongst killer whales but, furthermore, it was the first ever documented sighting when a mother (T068) assisted her son (T068A) in the act of infanticide in any species other than humans.

It’s shaping up to be another great season and we can’t wait to see what other great encounters it has in store! 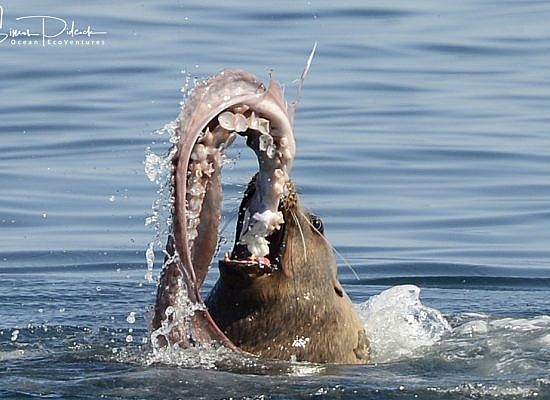 The Salish Sea is ever changing and its diversity never ceases to amaze me. Spring has arrived ...

While we have been lucky enough to have Orca sightings almost every day for the past two months ...

It feels like summer is here on the Salish Sea. The spring sightings have been excellent with m ...

A Cautious Welcome to Fou ...

What a winter it has been for the endangered Southern Resident Killer Whales. Since late Decemb ... 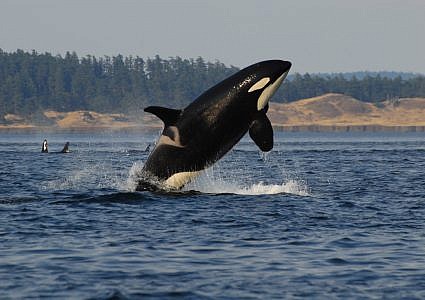 Salt runs in my veins and has in my family for at least four generations. My introduction to bo ...